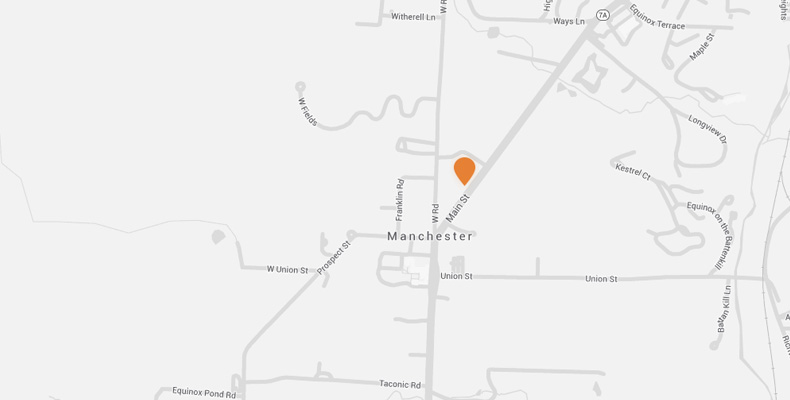 Searching for a VT map?

If you’re like us, you prefer to know where you’re going. And while Kimpton Taconic Hotel is tucked among the Green and Taconic Mountains, in a town with less than five thousand residents, we promise we’re not hard to find. Even if you did get lost, the scenery is too beautiful to feel anything but elated about it.

We’ve provided some practical directions from various locations, as well as a Manchester, VT map. At the risk of sounding like nerds, we think maps are great. In fact, did you know that Manchester is on approximately the same latitude as Bilbao, Spain, and Changchun, China? Now you do.

Traveling to Manchester by plane or train? You CAN get here from there!

Car rental service from Albany, Bennington, or Rutland for Taconic guests may be arranged by contacting our Guest Services team.